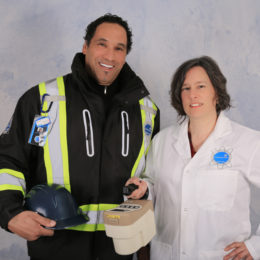 Manon Rouleau
Currently leading Radioprotection Inc. with Stéphane Jean-François, Manon joined the team as Vice-President of Operations and Quality Control in 2017. A physics engineer by training, Manon began her career at the Gentilly II nuclear power plant, then became an inspector with the Canadian Nuclear Safety Commission. She then became responsibility for radiation protection at the McGill University Health Centre (MUHC) hospitals. She took a 15-year break from nuclear power and radioisotopes to take on the world of X-rays, first as a radiation protection physicist and then as acting head of the radiation protection program at the Laboratoire de Santé Publique du Québec (LSPQ), which oversaw private radiology laboratories, including the Québec Breast Cancer Screening Program. Manon also served as interim director of the Centre d’expertise clinique en radioprotection, which, during its tour of Quebec hospitals, significantly reduced patient doses in CT imaging programs. To improve her managerial skills, Manon completed an Executive MBA in 2021 through the prestigious McGill-HEC program.

Her extensive and varied experience in radiation protection, ability to manage multidisciplinary professional teams, as well as her considerable rigour and integrity are a great help to the experts at Radioprotection Inc., which will celebrate 40 years in business in 2022.

Always striving to provide his coworkers with quality service, he completed a Master of Science degree in Environmental Management while chairing the Canadian Radiation Protection Association (CRPA). Drawing on his expertise and extensive involvement with the CRPA, he founded GammaSapiens Inc., a radiation safety consulting firm specializing in customized radiation safety training. The quality of GammaSapiens’ courses and programs have convinced clients in the oil industry, construction, hospitals and basic research to trust in its dynamic, customized training for the management of certain aspects of their radiation protection programs. Innovative and passionate by nature, Stéphane was among the first RSOs to use cutting-edge solutions, for example, as early as 1996, when he implemented a centralized online repertory to manage licenses and radioisotopes, and then when he began interactive computer-based radiation protection training in 1998. This experience prompted Stéphane to present his results at SMAU EduNet forum, an exhibition on new technologies in Milan, Italy. His theoretical and practical courses were also very popular among participants from a wide range of backgrounds, from maintenance to high-powered laser researchers to construction workers. Stéphane also served on a first-level industrial emergency brigade specialized in HAZMAT response and rescue. He has shared his approach to radiation protection with several fire departments in Montréal’s West Island and other suburbs and, most recently, in Québec City. He demystifies the risks of radiation and took a holistic approach to HAZMAT intervention involving industrial or academic radioactive products or road accidents. A leading specialist manager, Stéphane recently led the decontamination and dismantling of Merck’s Kirkland facility. He then went on to finalize the merger GammaSapiens Inc. of Radioprotection Inc.

The two joined forces to form a full-service radiation protection company offering high-quality professional services. What could be better for your radiation protection program than to put your trust in an expert who has been a top-notch RSO for over 25 years? Stéphane’s goal is to maintain Radioprotection’s leadership position in Quebec as an integrated service provider in radiation protection and to bring the company to the top rank in Canada. To do so, he offers personalized service and innovative regulatory-requirement solutions that include key program aspects, put people at the heart of the solution and are based on scientific rigour. 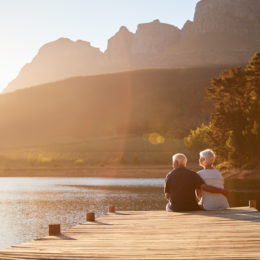 In Quebec, Michel Deschamps will always be known as Mr. Radioprotection! Thank you, Michel, for your extensive and major contribution to radiation protection in Quebec.

As you know, synergy is what makes a team strong, and it goes beyond just adding individual team members. Radioprotection Inc. can count on the experience of four physicists and an engineer-in-training to apply radiation protection concepts across Quebec. X-ray equipment requires verification at specific times.

Our X-ray physicists, Éric Jalbert, Alain Croussette and Vincent Pitre, make sure that dentists’, chiropractors’ and radiologists’ facilities are safe for their patients. The regulations may be formal, but the need is above all human. Our team truly understands that it is people who are in front of these radiation-emitting devices. Also certified in mammography assessments, our physicists work together as a team to provide institutions with the proof they need that their equipment is safe and compliant with the latest regulatory requirements and standards. They travel throughout Quebec and the Maritimes to hunt for elusive photons. Raphaël Thibault is responsible for laboratory activities, calibration, leak tests and specialized analyses. This future engineer-physicist helps implement best practices and is learning the trade alongside his coworkers.

Stéphane Trudeau never twiddles his thumbs either. You may have met this energetic physicist when he measured the radiation from your refinery tower nuclear gauge on a freezing February day. He assists Raphaël with laboratory activities and also teaches radiation protection and transportation of dangerous goods, Class 7, in industrial and medical settings.

Stéphane Jean-François and Manon Rouleau assist their team with training, shielding calculations and special projects, as well as manage and control the quality of our products. They are supported by Mohamed El Houdi in accounting and Marie-Pascale Étienne in logistical and administrative support for the oversight of several thousand pieces of radiological and nuclear equipment across Canada.